Northumbria University’s golfers celebrated a big BUCS win against Durham today as Premier North kicked off in some style.

The hosts defeated their local rivals 4-2 and head into next week’s clash against Nottingham confident of further success.

Northumbria’s first teamers warmed up for the start of the new campaign with a strong showing at the first BUCS Order of Merit event of the season – staged at the Northumberland Golf Club.

Mechanical Engineering student Matty Hayes was the pick of the bunch after finishing second behind Durham’s James Glenn. But if there was disappointment at missing out on a famous win then 100 ranking points guaranteed his entry into April’s tour finals.

“Matty was unlucky not to win,” said skipper Stancer. “he was in the mix until the final nine holes of the final round but the luck was against him.

“To miss out by one shot on +3 is tough but it was still a phenomenal performance.”

Northumbria trio Stancer, Neve and Jonathan Gray made the trip to Little Aston Golf Club in search of more points at the Midlands Order of Merit event.

Stancer and Neve were in the top 15 after solid first rounds but had slipped to joint 17th on +9 after the second round.

“We were both hoping for a big finish and to push into the top 10,” added Stancer. “We were confident going into the third round but neither of us could challenge the top 10 in the end.”

Both golfers improved on their day two places with Stancer moving up to 13th and Neve finishing in 16th position.

The pair picked up more Order of Merit points and Stancer added: “I was relatively pleased with the week I had at Little Aston.

“But as soon as that event was over the focus switched to the Durham game and the defence of our Premier North title.

“We’ve won it for the last two years and we’re going for the hat-trick of titles.” 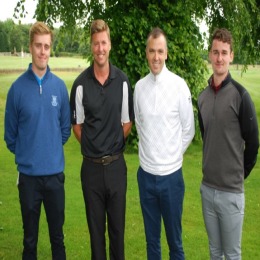 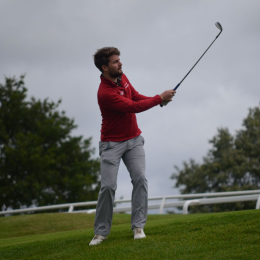